How I Rewired My Brain to Become Fluent in Math – Issue 40: Learning – Nautilus 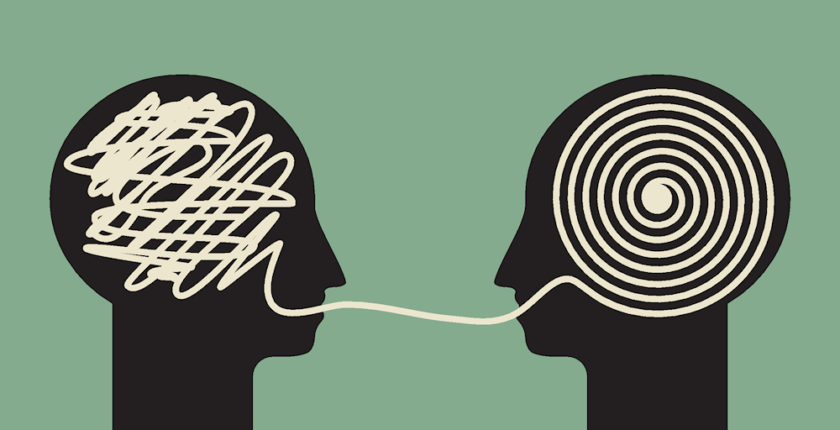 How I Rewired My Brain to Become Fluent in MathThe building blocks of understanding are memorization and repetition.BY BARBARA OAKLEYILLUSTRATION BY SAM FALCONERSEPTEMBER 15, 2016 ADD A COMMENT FACEBOOK TWITTER EMAIL SHARING REDDIT STUMBLEUPON TUMBLR POCKETI was a wayward kid who grew up on the literary side of life, treating math and science as if they were pustules from the plague. So it’s a little strange how I’ve ended up now—someone who dances daily with triple integrals, Fourier transforms, and that crown jewel of mathematics, Euler’s equation. It’s hard to believe I’ve flipped from a virtually congenital math-phobe to a professor of engineering.One day, one of my students asked me how I did it—how I changed my brain. I wanted to answer Hell—with lots of difficulty! After all, I’d flunked my way through elementary, middle, and high school math and science. In fact, I didn’t start studying remedial math until I left the Army at age 26. If there were a textbook example of the potential for adult neural plasticity, I’d be Exhibit A.Learning math and then science as an adult gave me passage into the empowering world of engineering. But these hard-won, adult-age changes in my brain have also given me an insider’s perspective on the neuroplasticity that underlies adult learning. Fortunately, my doctoral training in systems engineering—tying together the big picture of different STEM (Science, Technology, Engineering, Math) disciplines—and then my later research and writing focusing on how humans think have helped me make sense of recent advances in neuroscience and cognitive psychology related to learning.

Source: How I Rewired My Brain to Become Fluent in Math – Issue 40: Learning – Nautilus